Net neutrality is likely going to be repealed by the FCC. Here's why that could be a big problem for anyone who pays a cable or wireless carrier bill. Following is a transcript of the video.

Steve Kovach: The FCC is getting ready to repeal net neutrality rules that were put in place in 2015. Net neutrality is the concept that all traffic on the internet should be treated the same. That means your internet provider can't suddenly decide to slow down YouTube or Netflix because they're not paying enough.

It also means they can't charge you more to access certain services. Everything has to be a level playing field. It means prices are stable and you get the content you want no matter who your internet provider is.

Without net neutrality rules, internet providers are free to charge you more for services they deliver over their pipes. It puts big players like Google and Amazon that can afford to have such services delivered at a huge advantage, and prevents the little guys from being able to afford to do the same.

So, you're probably wondering if net neutrality is so great and it's only been on the books for about 2 years, why does the FCC want to get rid of it all of a sudden? FCC chairman Ajit Pai, the Trump appointee who's running the FCC, put forth a proposal that will repeal the net neutrality rules.

Pai argues that by repealing these rules, the telecom companies will have to be transparent about their offering so if they decide to charge more for one service, it will be up to the customer to decide whether or not to buy it.

But it's easy to remain skeptical. When was the last time your cable provider or wireless carrier was transparent with you? There are tons of examples out there of internet providers and telecom companies abusing their power with content delivered over the internet.

Let's rewind back to 2014 when Comcast got caught slowing down the connection of Netflix streaming. Then there's AT&T which started a sponsored data program which meant apps could pay money to AT&T so they wouldn't suck up your data plan if you use them — giving them an unfair advantage. That's hardly a level playing field.

The net neutrality rules put in place in 2015 largely addressed these problems to make sure all traffic would be treated equally. Now it's going away.

There's also a notion coming out from the FCC that repealing the rules will foster more competition. But that ignores the reality of internet connections here in the United States. Over half of US customers only have access to one broadband provider, and the vast majority only have two options. That's not competition. That's localized monopolies.

The bottom line here is the repeal of net neutrality is likely to commoditize the internet, meaning ISPs and carriers will be able to charge you more for the services they deliver over the internet. That's great news for the telecom companies and internet providers that have been charging you exorbitant amounts for your internet connections over the years, but it's bad news for you. 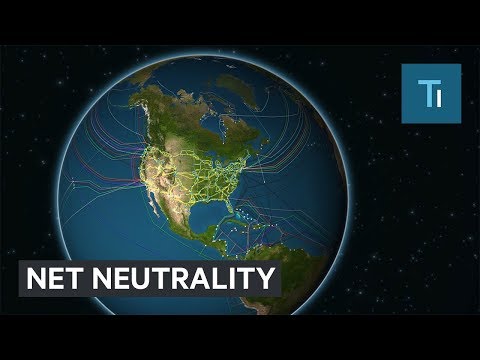 Net neutrality is likely going to be repealed by the FCC. Here's why that could be a big problem for anyone who pays a cable or wireless carrier bill....