'Noticiero ICAIC Latinoamericano' was a series of cinematic newsreels produced from 1960 to 1990 by the Cuban film Institute ICAIC. The weekly news programme covering major local and global events would be shown before film screenings in the capital, Havana, and in towns and villages around the island.
Many of those 1,493 newsreels could just be derided as propaganda, but they pushed the limits of news, of visual storytelling that have left a legacy.

At first, Noticiero's newsreels were meant "to defend the revolution's position and at the same time support a staunchly anti-imperialist position.... By 1962-63, you could see that the newsreel was more than just a weekly news review, no matter how agile, dynamic - militant. There was also an artistic vision," says Manuel Perez Parades, the former director of Noticiero ICAIC.

As it began to develop its creativity, "it was able to disrupt certain established rules in how things should be said.... ICAIC took a particular stance towards artistic expression, which took risks. There was also a danger that mistakes could be made. And yet, it was a risk worth taking."

Cinema newsreels are anachronisms now, but back then, Cubans were covering the news their way. And we haven't seen anything like what they produced since.

"Many people would go especially to watch Noticiero ICAIC, because it was very dynamic and very Cuban. It recounted social problems, but with a smile," says David Armas, an archivist at ICAIC.

"These are really priceless audiovisual materials not just for Cuba but for the world." 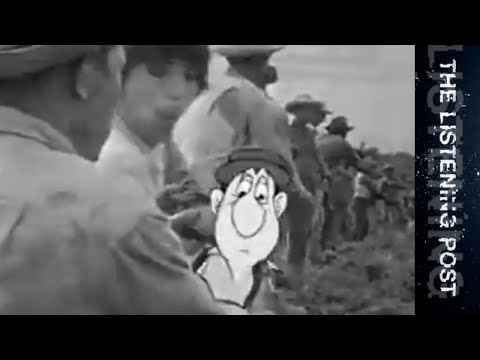 'Noticiero ICAIC Latinoamericano' was a series of cinematic newsreels produced from 1960 to 1990 by the Cuban film Institute ICAIC. The weekly news pr...