How British suffragettes fought for the vote

In 1913, suffragette Emily Davison disrupted a major horse race in the name of winning British women the vote.

British suffragettes in the early 20th century used spectacle and drama to draw attention to their fight to win women the vote. They delivered public speeches, marched, displayed colorful banners, and got thrown in jail, all in an effort to pressure legislators to extend suffrage to women.

But after a violent clash with police in November 1910 — a day known as “Black Friday” — their tactics changed. They began committing random acts of property damage: smashing windows, setting fire to buildings, even destroying fine art on public display.

The most radical act of destruction came in 1913, when militant suffragette Emily Wilding Davison threw herself under King George V’s racehorse at a major public event. She died of her injuries and became a suffragette martyr.

Ultimately, her funeral procession ended up being one of the largest, and last, major demonstrations by the militant suffragettes. World War I interrupted their protests, and women over 30 won the vote in 1918, when the war ended.

If you or someone you know is considering self-harm, please seek help through the National Suicide Prevention Lifeline at 1-800-273-8255.

Note: The headline for this piece has been updated.
Previous title: The most notorious act of protest for women’s suffrage

Darkroom is a history and photography series that anchors each episode around a single image. Analyzing what the photo shows (or doesn't show) provides context that helps unravel a wider story. Watch previous episodes here: https://www.youtube.com/watch?v=ddiOJLuu2mo&list=PLJ8cMiYb3G5ce8J4P5j5qOEtYR94Z3DQs

How British suffragettes fought for the vote 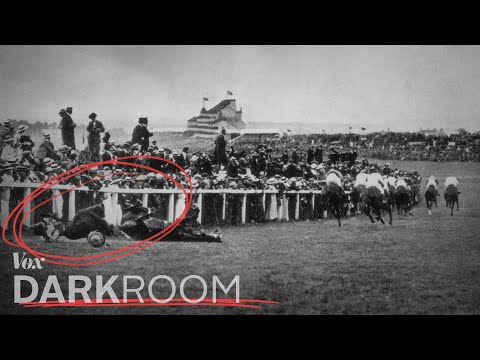