It’s no secret that the Islamic Republic of Iran has a complicated and, let’s call it ‘volatile,’relationship with the U. S.

But this isn’t anything new.

Despite this, President Donald Trump expressed a willingness to meet with Iranian president, Hassan Rouhani, even though Trump ended up withdrawing from the Iran nuclear agreement.

BUT Iran’s supreme leader, Ayatollah Ali Khamenei, was not interested at all.

The Islamic Republic of Iran is a key player in the Middle East. And whether it’s the war in Syria and Yemen, or its nuclear deal with western powers, the Persian country always seems to be right in the center of things.

And while Iran has elected political offices like a presidency and legislative body, a lot of power belongs to one man, the country’s Supreme Leader. And his powers are far reaching.
When it comes to politics, the Supreme Leader has direct or indirect power over the executive and legislative bodies of government through un-elected councils he controls.

Essentially he is the most influential political authority and serves as the de facto head of state.

So, while the country does have a president, that position does not wield as much influence as say an American president, for example. And the same goes for Iran’s legislative body.

The Supreme Leader also wields the most influence over the country’s military and more.

Watch our video to find out just how powerful the Supreme Leader of Iran really is. 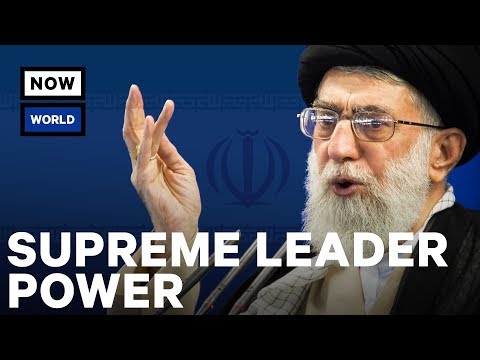