How Roger Stone Got Caught in The Mueller Investigation | NowThis

Roger Stone is no stranger to political scandal, dating back to Watergate — here's what led to his indictment in the Mueller investigation.
» Subscribe to NowThis: http://go.nowth.is/News_Subscribe

Longtime Trump ally Roger Stone has been indicted. The former Trump campaign adviser faces seven criminal charges as part of Special Counsel Robert Mueller’s investigation. Stone was arrested by FBI at his Florida home on January 25 on seven charges, including witness tampering, obstruction, and making false statements Mueller’s indictment alleges some of those false statements. were made during Stone’s sworn testimony to a House committee. Stone is a longtime Republican political operative. He worked on the Nixon campaign in the Watergate-era and also the campaigns of Reagan, George H.W. Bush, & Bob Dole. Stone started a lobbying firm in the 1980s with Paul Manafort. Donald Trump and the Trump Organization were clients of the firm Stone says he'd pushed Trump to run for president for decades. Stone served as an adviser to Trump’s 2016 campaign and Manafort served for a time as campaign chair. Manafort was charged in 2018 as part of the Mueller investigation. He pleaded guilty to conspiracy against the U.S. and conspiracy to obstruct justice

How Roger Stone Got Caught in The Mueller Investigation | NowThis 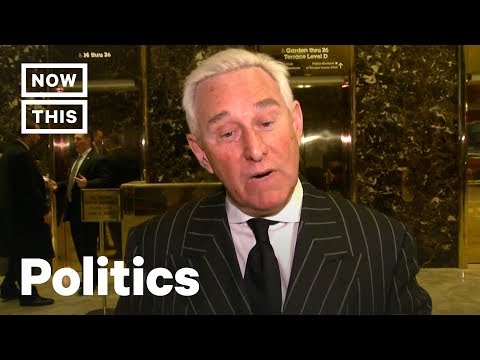 Roger Stone is no stranger to political scandal, dating back to Watergate — here's what led to his indictment in the Mueller investigation. » Subscrib...