Shaquille O'Neal is an NBA LEGEND! With a net worth over $400 Million US dollars, he's bought incredible ocean front mansions, super cars, yacths and more! This is how he spends his millions!


Welcome back, Richest fans! Shaquille O’Neal is a NBA legend and briefly did some wrestling with WWE! But since his basketball days with the LA Lakers and others, O’Neal has invested his money wisely. He’s put his cash into many businesses that have granted him a massive financial return. So much so that he’s now worth hundreds of millions! As a result, we’re going to look at some of the most expensive items Shaq has splashed his cash on. We’re also going to see just how much money his various businesses and charity work are worth.

Now, for the spoiler paragraph. If you want to be surprised, it’s best you watch the video immediately! First, we’ll take a look at his various massive homes and mansions. We’ll also look at his business which includes property development in New Jersey, and Papa John’s! We’ll also examine his venture into owning the basketball team, the Sacramento Kings. There are all of his luxury cars which includes a custom Ferrari! Shaq is well known for his amazing generosity. So, we’ll look at the stories where he changed people’s lives. We also have his habit of going on massive shopping sprees. Sometimes spending a million! We also have the cost of his divorce to Shaunie Nelson. As well as his unbelievable university education. He has a number of degrees! 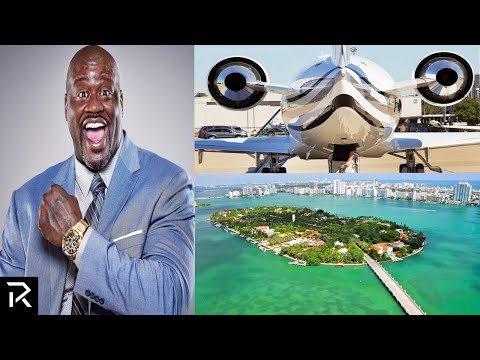 Shaquille O'Neal is an NBA LEGEND! With a net worth over $400 Million US dollars, he's bought incredible ocean front mansions, super cars, yacths and ...