How TOMS Is Fighting Back Against Gun Violence | NowThis

One phone call inspired the TOMS founder to take action and devote his company to ending gun violence.

Blake Mycoskie: 'On November 8th my wife called me on my way to work and told me about the Thousand Oaks shooting and she told me that she was scared and that she was not going to take our son to school that day because it was so close to where the shooting happened. And at the end of the phone call she said you know this is happening everywhere it's happening. Synagogue's is happening in churches it's happening at yoga studios at restaurants schools and she ended the call was saying someone has to do something about it. And when I got off the phone with her I fell to someone was me and specifically who was the Thom's community for 12 years. We built this community in this business by helping people through the sale of our shoes. And I realized that we could use that to help end gun violence as well.'

After donating $5 million to organizations addressing gun violence, TOMS is launching a cross-country tour from Los Angeles to Washington D.C. to deliver postcards to Congress asking for universal background checks. Over 700,000 people have already written postcards via TOMS website and they’re hoping to reach 1 million. TOMS has also commissioned murals all across the country.

TOMS has partnered with various activists, celebrities, and politicians including National Student Walkout leader Winter BreeAnne Minisee who will be traveling on the trip cross country.

Winter BreeAnne Minisee: 'I joined this End Gun Violence together campaign to represent youth and have a youth voice within this campaign. So it's like bridging the gap between the corporate world the resources that corporate has to like the people who have been doing work on the ground with little to no funding for so long. So that's been something that's really inspiring to watch and that is also like a very necessary thing that's finally happening. '

The inclusion of young people in TOMS campaign is important to Mycoskie, because ultimately, that’s who he is doing this for

Mycoskie: 'This decision, this kind of monumental decision for me personally and TOMS to enter something like this after doing shoes for so long. It really boils down to how personal it became when that shooting happened 15 minutes from my house and when my wife was afraid to take our 4 year old son to school and then to think about a life of him growing up and living in fear of everyday he goes to school wondering if there's something bad that could happen. I don't think any of us want our children or ourselves to be living in fear. That's not the country that we want to live in. And unfortunately that is becoming part of our reality. that is the reason why I'm so passionate about this and that is why I have such urgency for everyone to take action because we have to make this law a reality and we have to make our country safer.'

How TOMS Is Fighting Back Against Gun Violence | NowThis 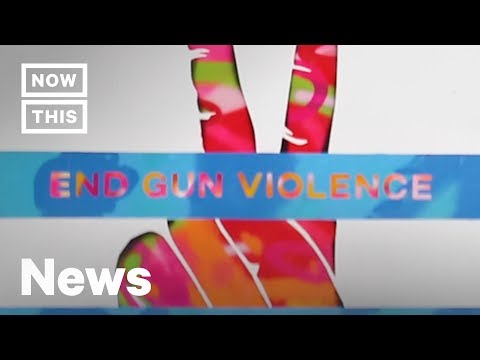 The founder of TOMS shoes Blake Mycoskie is not just donating money to end gun violence — he's leading a cross-country tour to push for universal back...