Subscribe and turn on notifications (????) so you don't miss any videos: http://goo.gl/0bsAjO

“Ah, breaker one-nine, this here’s the Rubber Duck. You got a copy on me, Pigpen? C’mon.” This jumble of words is the first line of the song “Convoy,” a #1 country hit from 1976 that tells an action-packed story from the perspective of a truck driver. Songwriters Chip Davis and Bill Fries filled “Convoy” with banter and lingo based on communications they heard between trucker drivers on CB radio during the 1973 oil crisis.

The epic orchestration and colorful and quotable lyrics made “Convoy” an unlikely hit — but the song actually tapped into a long history of country music that put the spotlight on the solitary lives of long-haul truck drivers. In the video above, Estelle Caswell breaks down the golden era of trucker country with country and folk music scholars Travis Stimeling and Nate Gibson.

American Development and the Interstate Highway System by Zachary Hernandez

“I Can’t Drive 55”: The Economics of the CB Radio Phenomenon by Tyler Watts and Jared Barton

Come On, First Mama: Betty Ford’s Influence on CB Radio During the 1976 Election by Jordan Smith for Cardboard America 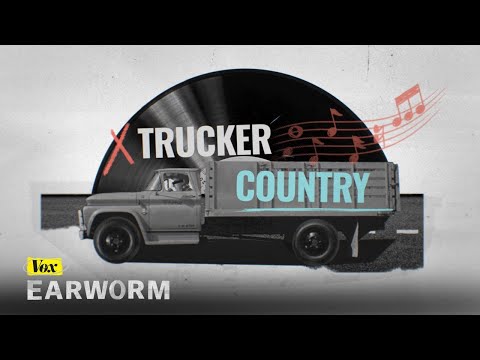 Long-haul truckers were once country music’s heroes. Subscribe and turn on notifications (????) so you don't miss any videos: http://goo.gl/0bsAjO “Ah...