Inside Story - Is there a way forward in Afghanistan?

The latest wave of Taliban attacks calls into question both US strategy and the Afghan government's capabilities.

It's two months since US President Donald Trump unveiled a new American strategy in Afghanistan. His announced intention was to give military commanders more flexibility, while increasing troop numbers and leaving the US presence open-ended. On one level the changes have been dramatic. US Air Force figures show a 68% increase in the average number of missions it flies in support of Afghan forces each month from 51 to 86. The US is also dropping significantly more munitions as part of those missions: an average of 360 per month versus only 11 per month last year.

Despite the extra firepower, how much do America and its allies have to show for it? The last week alone has seen a noticeable increase in Taliban attacks around the country. On Thursday alone the Taliban killed nearly 60 Afghan security force personnel - two-thirds of them in an attack that nearly wiped out an army camp in southern Kandahar. On Wednesday, six policemen died in a Taliban ambush in the northern province of Balkh. And a few hours later, nine policemen died in a Taliban attack on police posts in western Farah province. At least 22 attackers were also killed.

This week's worst attack was on Tuesday - suicide bombers killed at least 74 people when they targeted police compounds and government offices. All of which raises the question: 16 years after the US first sent troops to Afghanistan, does this new strategy have any hope of succeeding where others have failed?

Inside Story - Is there a way forward in Afghanistan? 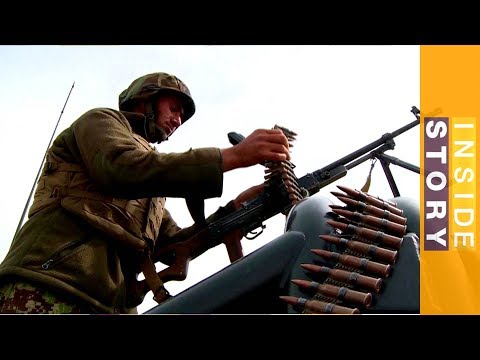 The latest wave of Taliban attacks calls into question both US strategy and the Afghan government's capabilities. It's two months since US President D...