Iran’s nuclear programme has been targeted in sabotage attacks over the last decade, the latest incident striking its underground Natanz facility.
The attack at Natanz on Sunday comes as world powers try to negotiate a return by Iran and the United States to Tehran’s atomic accord and threatens to upend those negotiations and further heighten regional tensions across the Middle East.
Iran’s nuclear programme began with the help of the US. Under its “Atoms for Peace” initiative, Washington supplied a test reactor that came online in Tehran in 1967 under the rule of Shah Mohammad Reza Pahlavi. That help ended once Iran’s 1979 Islamic Revolution overthrew the shah.
In the 1990s, Iran expanded its programme, including secretly buying equipment from Pakistan’s top nuclear scientist, Abdul Qadeer Khan.
Khan’s designs allowed Iran to build the IR-1 centrifuges that largely power its uranium enrichment.
Tehran insists its nuclear programme is peaceful but the International Atomic Energy Agency (IAEA) says Iran “carried out activities relevant to the development of a nuclear explosive device” in a “structured” programme through the end of 2003.
Al Jazeera's Assed Baig reports from Tehran on the Iranian reaction to the Natanz explosion. 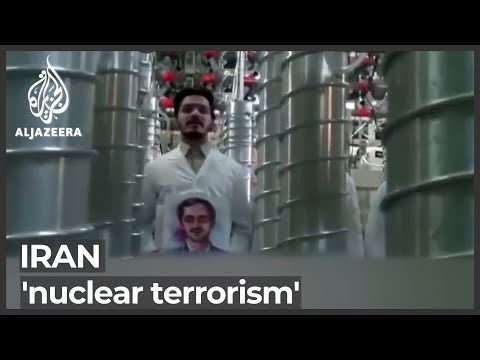 Iran’s nuclear programme has been targeted in sabotage attacks over the last decade, the latest incident striking its underground Natanz facility. The...