Iran: Economic reasons contributing to the unrest | Counting the Cost

Almost a year on after sanctions were lifted from Iran, the Middle East's second-largest economy remains a hard place to find a job. This is one of the economic factors contributing to the current unrest being felt across the country.

With an economy second only to Saudi Arabia, a population exceeding all in the region barring Egypt - standing at 80 million who call Iran home - and over 50 percent of that figure currently under the age of 30, the world has taken notice of the demonstrations in the country.

Since the New Year, thousands have taken to the streets over rising prices and economic mismanagement; the biggest show of public dissent in the country since pro-reform rallies took place in 2009. Since then, the importance of social media to spread awareness and organise has been acknowledged and embraced by Iranians. In effect, the Iranian government temporarily shut down powerful online platforms like Instagram and messaging service Telegram, blaming outside interference for the disorder.

Dr Bijan Khajehpour, an economist and managing partner at Atieh International, a Vienna-based strategic consulting firm, says there are a number of economic phenomena in Iran contributing to public dissatisfaction.

"High prices ... unemployment is a key factor ... Iran has a very educated young population and a lot of these educated citizens are unemployed ... 25-26 percent of that is youth unemployment ... there is a direct correlation between the level of unemployment and the protests," he says.

Khajehpour also highlights the basis behind claims of corruption as a driving factor of the protests saying, "There is a feeling, or what I would call a "heading" for all of these issues, I would say that the Iranians feel there is injustice in the country. There is corruption, there is mismanagement."

As post-sanctions Iran continues to struggle and foreign investors continue to be wary of putting their money into the country, the question remains, how important is foreign investment to Iran, especially in light of current conditions?

"Foreign investment is very, very significant. Not just because capital will flow into the economy, but also because new technologies and also new management concepts will flow into the country. Mismanagement and inefficiency are part of these issues and can be addressed through efficient foreign investment and through different concepts and knowledge that can be transferred into the country," says Khajehpour.

Iran: Economic reasons contributing to the unrest | Counting the Cost 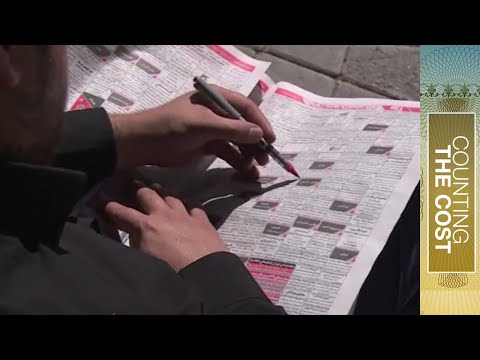 Almost a year on after sanctions were lifted from Iran, the Middle East's second-largest economy remains a hard place to find a job. This is one of th...