Is Cape Town facing a future without water?

May 18, 2018 is being called "Day Zero" in South Africa. By that day, the country's second largest city is projected to be without water and its dams at catastrophic levels. So how did Cape Town reach this point?

South Africa is experiencing a major drought. 2017 was the driest year in decades, and the third successive year of poor rainfall. Dams have gone unreplenished, underground aquifers are tapped out, springs and boreholes are running dry. Calls by the mayor’s office to the city’s more than 4 million residents to cut water use to less than 87 litres per person have gone unheeded. Fines have been flouted. And water has already been shut down for several hours a day in areas outside the city center.

Climatologists have pointed to climate change as a possible factor. And future projections show a shift towards a drier climate. Some activists even say the water crisis is political. They blame poor cooperation and coordination between the African National Congress ruling party, and the local and provincial government of the Western Cape run by the Democratic Alliance. Western Cape government officials say appeals to declare the province a disaster zone went unheeded by the ANC for months.

But a recent report by the South African Water Caucus found financial mismanagement and corruption in the local Department of Water and Sanitation, and that the city responded to warning signals too late.

On Wednesday we’ll take a look at the debate around the root of the crisis, and how Cape Town is planning for the near future. Join us at 1930GMT.

Is Cape Town facing a future without water? 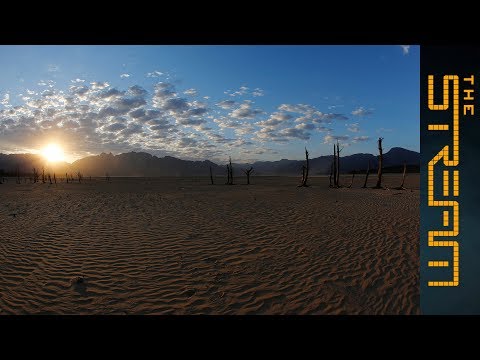 May 18, 2018 is being called "Day Zero" in South Africa. By that day, the country's second largest city is projected to be without water and...