Is Luke Cage Really Returning To The MCU?

While we're still waiting on official confirmation of the rumor that Charlie Cox's Matt Murdock, a.k.a. Daredevil, will appear in the upcoming third Spider-Man movie as Peter Parker's lawyer, it seems the fate of one of Cox's co-stars on Netflix's The Defenders might be starting to take shape.

According to We Got This Covered, Marvel brass may be looking to slot the one and only Luke Cage into the Marvel Cinematic Universe in the near future, with the Hero of Harlem reportedly set to feature as a prominent supporting player moving forward. The rumor is hardly substantiated, as the outlet cites an unnamed Marvel insider as the source the same who leaked Cox's possible MCU return in Spider-Man 3.

It appears that Marvel Entertainment Chief Creative Officer Kevin Feige isn't looking to simply forget all of the Netflix small-screen MCU ventures. He's reportedly looking to integrate not only Daredevil and Luke Cage into the MCU, but also Jessica Jones and the Punisher, with Krysten Ritter and Jon Bernthal both possibly reprising their roles.

Most surprisingly, the rumor claims that Marvel isn't interested in bringing actor Mike Colter back as Cage. The studio is reportedly looking to recast the role, a fate apparently also shared by Iron Fist's Finn Jones. If these rumors turn out to be true, let's hope that Marvel finds an actor who can balance physicality and emotion as well as Colter did over his time in the Netflix world of the MCU.

Marvel is bringing some of its big-screen heroes to the small screen via Disney+, so it's not unreasonable to believe that perhaps the studio wants to blend the heroes of those Netflix series into the ever-expanding cinematic universe.

According to Variety, certain legalities between Marvel and Netflix may prevent any of the characters who appeared on those streaming series from joining in the MCU until at least two years after their respective series ended. Daredevil aired its final run of episodes in October 2018, so it'll be at least another year before we see the man without fear in the MCU. For the Punisher and Jessica Jones, the wait would be a little longer, as final episodes of their series aired in January and June of 2019, respectively. As for a possible timeline on a Luke Cage return, he was last seen getting cozy in Harlem's Paradise in June 2018, so it's possible he could be punching his way back into the MCU sooner than any of the other Defenders. Keep watching the video to see if the rumors are true: is Luke Cage really returning to the MCU?

Is Luke Cage Really Returning To The MCU? 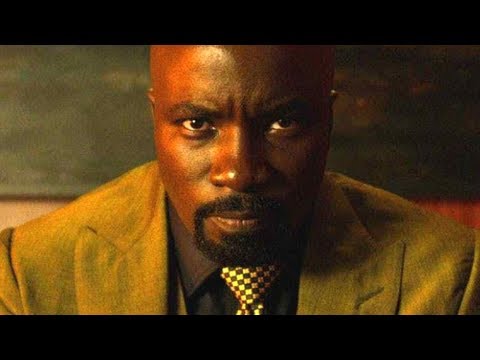 While we're still waiting on official confirmation of the rumor that Charlie Cox's Matt Murdock, a.k.a. Daredevil, will appear in the upcoming third S...