Is the Iran deal set to unravel? - UpFront (Arena)

While the Iran nuclear deal was hailed as a "triumph of diplomacy" by its supporters around the world, US President Donald Trump called it "the worst deal ever".

He recently decided to officially "decertify" the deal formally known as the JCPOA, the Joint Comprehensive Plan of Action, between Iran six world powers and the EU - an action that now moves the deal to the US Congress.

So, as the landmark deal hangs in the balance in the US, what will the effect be on the other signatories? Is the deal fixable as some argue? And would the deal's unravelling lead to war in the region?

"I think that the JCPOA lacks in two major things. First of all, it does not include Iran's terrorism, support of terrorism throughout the region," says Danny Ayalon, former Israeli Deputy Foreign Minister.

"And the second thing is the ballistic missiles, that they continue to test ... This creates a very, very dangerous situation."

Trita Parsi, author of the new book Losing an Enemy: Obama, Iran and the Triumph of Diplomacy, is concerned that attempts to fix the deal will actually destroy it and could lead to war.

"I'm very worried that the trajectory of things is going in that direction, and that the measures that are being argued here as fixing the deal will end up, whether intended or not, to kill the deal." says Parsi, who is also founder and president of the National Iranian-American Council. "And once we have no deal, we're back to the situation that existed in 2013, in which everything is pointing towards either acquiescing to Iran's nuclear programme, or going to war."

In this week's Arena, Trita Parsi and Danny Ayalon debate the good and bad of the Iran nuclear deal.

Is the Iran deal set to unravel? - UpFront (Arena) 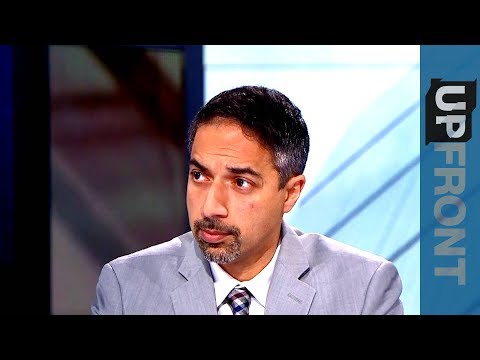 While the Iran nuclear deal was hailed as a "triumph of diplomacy" by its supporters around the world, US President Donald Trump called it &...