Is your doctor killing you? Antibiotics and the rise of the superbug - The Stream

When Alexander Fleming discovered penicillin, the first modern antibiotic, in 1928, he knew he was saving lives from infections that just a few years earlier would have been fatal. But it’s hard to know if he could have predicted that little more than a decade later, researchers would find that bacteria had already developed resistance to the drug.

Now, almost a century later, antibiotic-resistant infections kill more than 20,000 people a year in the US and UK alone -- and more than 700,000 annually worldwide. The United Nations convened a high-level meeting on the issue last year.

Antimicrobial resistance (AMR) comes about when the microorganisms that cause infection survive exposure to a medicine that would normally kill them or stop their growth.

This allows strains that are capable of surviving exposure to a particular drug to grow and spread, due to a lack of competition from other strains. And that, worryingly, has led to the emergence of bacteria that are difficult - or impossible - to treat with existing medicines.

So how did we get here? Well, Antibiotic use is one of the leading causes of antibiotic resistance. Up to one third to a half of all antibiotic use in humans is either unnecessary or inappropriate. According to the US Centers for Disease Control (CDC), more than 47 million unnecessary antibiotic prescriptions are written by US doctors every year. Other causes include patients not finishing their treatment, overuse of antibiotics in livestock and fish-farming, poor infection control at hospitals, improper sanitation and a lack of new antibiotics being developed. The World Health Organization, and several other organisations, are now sounding the alarm.

We discuss the evolution of superbugs and take a look at the threat they pose. Join the conversation at 1930GMT.

Is your doctor killing you? Antibiotics and the rise of the superbug - The Stream 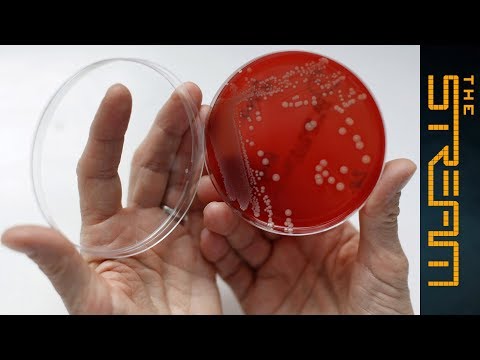 When Alexander Fleming discovered penicillin, the first modern antibiotic, in 1928, he knew he was saving lives from infections that just a few years ...