In this UpFront special on religion, prominent Pakistani Islamic scholar Tahir ul Qadri weighs in on why ISIL (the Islamic State of Iraq and the Levant group, also known as ISIS) is an "enemy" of Islam and discusses Pakistan's controversial blasphemy law.

Also on the show, we debate whether Pope Francis is as unorthodox as is claimed by some, and whether his attempt to reform the Catholic Church is popular or not.

The ISIL group claims its ideology is rooted in Islam, but for some Islamic scholars, that is far from the case.

"They have nothing to do with Islam...They are distorting Islam. They are exploiting the name of Islam," says ul Qadri, who once wrote a 600-page religious decree condemning "terrorism". "They are enemies of humankind, enemies of Islam."

The discussion also went on to include a debate over Pakistan's controversial blasphemy law and how it is applied.

Since his papacy began in 2013, Pope Francis has established himself as a people's pope. He is popular around the world, and has a reputation as a reformer, able to reinvigorate the Catholic Church for the modern age.

But how successful have his reforms been? And are his stances on contentious issues, such as divorce and homosexuality, too progressive for some of the followers of the Church he leads?

For Austen Ivereigh, author of The Great Reformer: Francis and the Making of a Radical Pope, criticisms of Pope Francis for being too liberal are misplaced.

"[T]he shift that Pope Francis has introduced, and I agree it is a significant shift, is not an adaptation to modernity," says Ivereigh. "It is the recovery of a deeper tradition within the church, which, sadly, some people, who have a particular idea of what the church and the pope should be, simply don't recognise."

"When Francis was elected, I celebrated that election," says Matthew Schmitz, Literary Editor of religious magazine First Things. "The reason I've come to change my mind is that I've seen that Francis is building his programme of supposed reform at the expense not only of the Church, but also at the expense of its most vulnerable members." 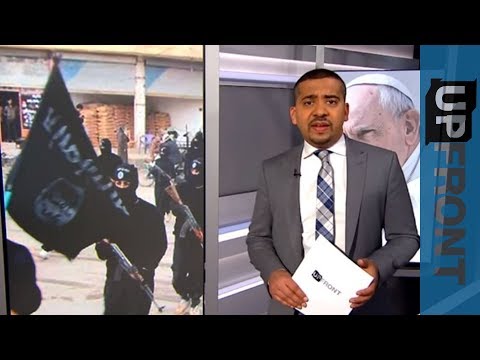 In this UpFront special on religion, prominent Pakistani Islamic scholar Tahir ul Qadri weighs in on why ISIL (the Islamic State of Iraq and the Levan...