Jordan Davis' breakout hit, “Singles You Up,” heralds the arrival of a hot new country star who blends classic songwriting with a modern sound. Music runs deep in Jordan's family: his uncle Stan Paul wrote hits for Tracy Lawrence, and his brother Jacob also just hit the country chart with his debut single, “What I Wanna Be.” Jordan was born in Shreveport, Louisiana, and earned a degree from LSU before following Jacob to Nashville in 2012. He worked as a bartender while sharpening his songs, and eventually landed a publishing deal and a contract with UMG Nashville. Jordan has also formed a valuable partnership with guitarist/producer Paul DiGiovanni, who has played with Blake Shelton, Hunter Hayes and Dan + Shay. “Singles You Up,” a clever and catchy track about patiently waiting for the girl of his dreams, and “Slow Dance In a Parking Lot” are two cool teasers from his forthcoming debut album. We recently caught up with Jordan before he hits the road with Kip Moore and Drake White. He explains his respect for John Prine, hearing his own music on the radio and his environmental interests in 'Vevo Meets.' 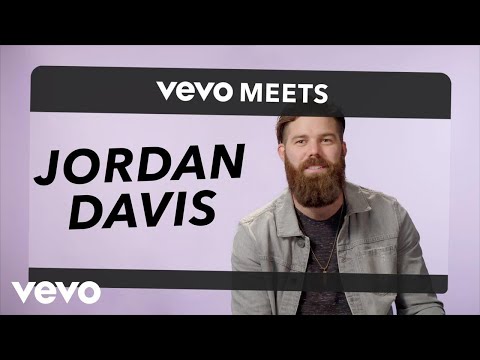