Watch Drunk History: Black Stories to learn a thing or two about historical Black figures. But be careful, drink responsibly.

Told by actors Kevin "KG" Garry and Travis Jay, this is the story of Len Johnson, a middleweight boxing champion who was never granted the title he deserved due to the white establishment. Despite beating almost every boxer he faced, including the legendary Ted Lewis, the British Boxing Board of Control imposed a ‘colour bar’ that meant both contestants had to be "born of white parents" in a title fight. So he was never awarded a title. In frustration Len retired from boxing and decided to bring his fight against the colour bar to a new arena. After being denied a drink at a local pub for being black he organised a big protest to have the ban lifted. His success inspired others and led to the drive to end the so-called 'colour bar'. Len's story is one of a denied legacy, but he will always be the champ to us!

Comedy Central UK is the place of your favourite shows!
Sing along with Lip Sync Battle, laugh until you cry with Impractical Jokers, enjoy the best content from Friends, Two and a Half Men and The Fresh Prince of Bel-Air and don't forget to get your daily dose of news with The Daily Show with Trevor Noah!
#DrunkHistory 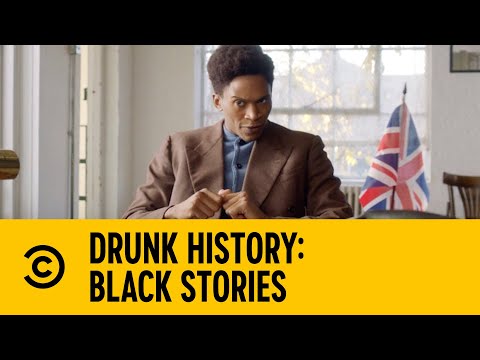