Morocco’s decision to normalise relations with Israel in a United States-brokered deal has elicited mixed global reactions.
On Thursday, Morocco became the fourth Arab country since August to strike a deal aimed at normalising relations with Israel. The others were the United Arab Emirates, Bahrain and Sudan.
As part of the agreement, US President Donald Trump agreed to recognise Morocco’s sovereignty over the Western Sahara, where there has been a decades-old territorial dispute with Morocco pitted against the Algeria-backed Polisario Front, a breakaway movement that seeks to establish an independent state in the territory.
Al Jazeera's Stefanie Dekker reports. 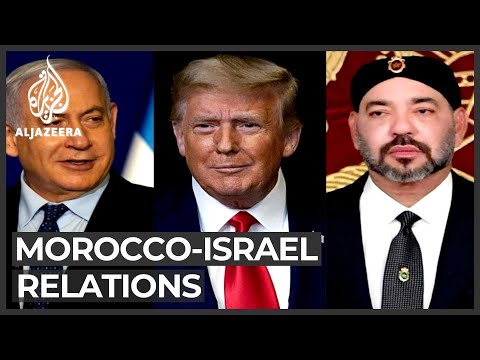