Against the backdrop of Russia’s ongoing bloody invasion of Ukraine, Russia’s annual Victory Day parade took place on May 9, 2022. In his Victory Day speech, Russian President Vladimir Putin framed his military invasion of Ukraine as a necessary response to Nato’s policy on Russia’s borders. "The danger was rising by the day," he said, calling the Russian invasion "forced, timely and the only correct decision." But contrary to expectations, the Russian leader did not signal an escalation of the conflict. During the parade marking the Soviet Union’s 1945 victory over Nazi Germany in World War II, Putin repeated his description of Ukrainian forces as “Nazis.” For his part, Ukrainian President Volodymyr Zelensky rebuked Putin’s speech while the US responded by calling Russia’s characterisation of the war as “patently absurd”. Ukraine marked Victory Day by staging its own parade of Russian tanks captured during the invasion. 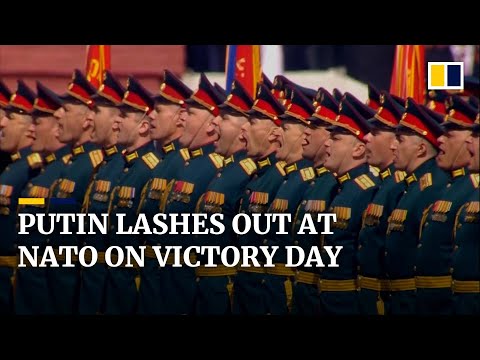 Subscribe to our YouTube channel for free here: https://sc.mp/subscribe-youtube Against the backdrop of Russia’s ongoing bloody invasion of Ukraine, R...