Since the collapse of the Soviet Union in 1991, Russia has become one of the main destinations for immigration in the world.

According to figures from the United Nations 2015-2016 international migration report, the country is tied with Germany for the second spot in terms of the number of migrants living within its borders, with the United States at the top of the list. Unlike Germany, however, the vast majority of people going to Russia aren't political refugees and asylum seekers fleeing war and persecution, but economic migrants looking for employment opportunities.

Most of these migrants come from the former Soviet space, with Central Asia at the forefront of this massive human flow. Every year, tens of thousands leave the republics of Kyrgyzstan and Tajikistan - the poorest countries in Central Asia - to find seasonal employment in Russia's main cities. Some stay for years; others never return home, but their remittances form an important share of their country's economy.

The World Bank estimates that, in 2014, money sent back home by migrants was comparable to 36.6 percent of Tajikistan's GDP, and 30 percent of Kyrgyzstan's. But what sort of reception do they get in Russia?

As this film reveals, many manage to make a good home amid a flourishing migrant community but most also routinely endure a corrupt bureaucracy, police harassment, racism and xenophobia. 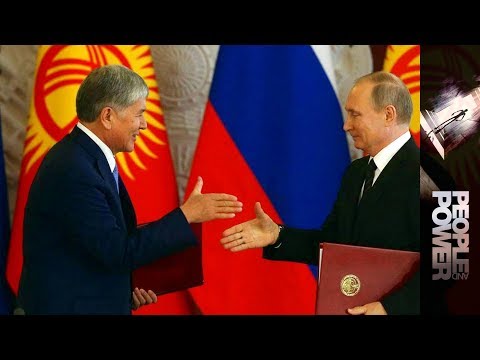 Since the collapse of the Soviet Union in 1991, Russia has become one of the main destinations for immigration in the world. According to figures from...