New Footage From The Spider-Man: Far From Home Re-Release Explained

What's included in the four minutes or so of new footage added to Spider-Man: Far from Home? Join us as we break down what's new for the re-release, why it might have been excluded from the original cut of the film, and whether you ought to make another trip to the theater for it.

As Peter and Ned are leaving school after finishing up their classes for the year, Peter rattles off a list of things he has to get done before the students leave on their European trip. First on his list: pick up his passport from the post office.

When Peter gets there, he finds himself at the end of a ridiculously long line, which isn't moving at all. Anxious to move on to the rest of his tasks, Peter unleashes a small spider-shaped drone from his backpack, which sneaks behind the counter and opens up another passport pickup line, which had been closed so that the postal worker behind the glass could eat lunch. It's not really necessary to understand the rest of the film, but it's a clever little bit of foreshadowing. He needs a passport to travel abroad, and his use of a drone is a small-scale version how Quentin Beck will later use drones for his master plan.

Watch the video for more about New Footage From The Spider-Man: Far From Home Re-Release Explained!

New Footage From The Spider-Man: Far From Home Re-Release Explained 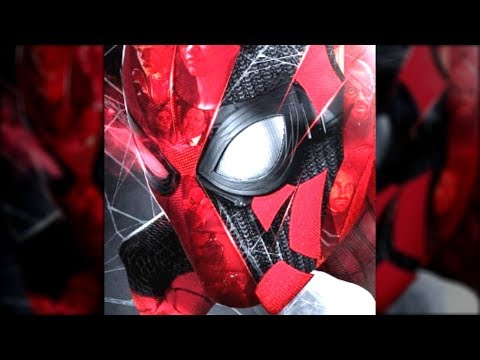 Thumbnail Image by Bosslogic → https://www.instagram.com/bosslogic/ What's included in the four minutes or so of new footage added to Spider-Man: Far ...