Myanmar’s military has started releasing more than 1,600 prisoners to mark the Southeast Asian nation’s traditional New Year festivities, but no political detainees were freed despite the country’s ruling general promising to restore peace this year.
Among those imprisoned by the military are opposition party leader and Nobel Laureate Aung San Suu Kyi, who is held in the capital Naypyidaw, and her Australian economic policy adviser, Sean Turnell, who is in the notorious Insein Prison facility on the outskirts of Yangon. 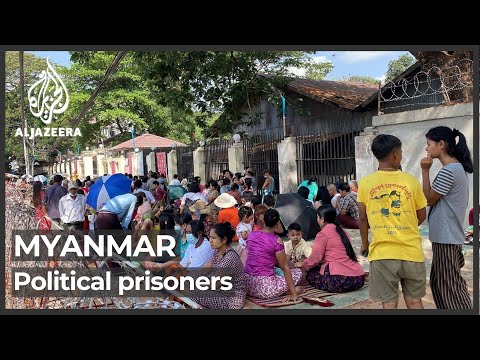