Sara Silverstein: Jamie Dimon recently called bitcoin a fraud. What is your response to that?

Ari Paul: So a lot of the financial luminaries, people like Seth Klarman, Warren Buffett, Howard Marks have expressed their skepticism. And most frame it kind of like saying they don't think McDonald's can compete with fine French dining. Which is to say they don't really address what cryptocurrency’s trying to be. They say cryptocurrency is really bad at being PayPal or Visa. And they’re right, that's really not what it's good at. Cryptocurrency is trying to be the offshore banking system, I think. At least some of the cryptocurrencies. So most of the financial luminaries, I think genuinely don't understand what it’s trying to be. Jamie Dimon’s an exception. By all accounts, I know people who spoke to him about cryptocurrency four years ago, before I was really in the space. He gets it, he understands it, probably better than me and he views it, I think, as a brand new competitor to JPMorgan. So he understand that JPMorgan collects a lot of fees for providing a storage of wealth in a secure way that’s judgment resistant the clients, and bitcoin does it an order of magnitude better. 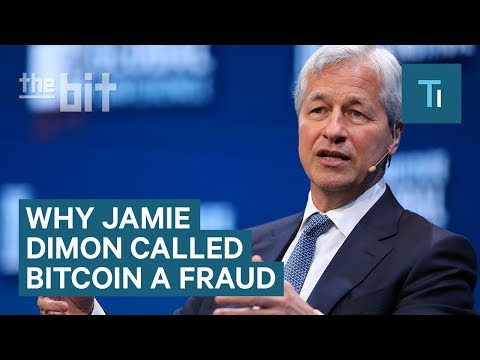