Peru’s President Pedro Castillo avoided impeachment by the country’s opposition-dominated legislature on Monday after a parliamentary debate lasting more than eight hours.
Fifty-five legislators voted in favour of impeachment, 54 voted against and 19 abstained. The president’s critics needed 87 votes to impeach the leader, who was accused of corruption and moral incapacity.
“I shall always squarely face the nation… because I am subject to the rules of due process,” Castillo said at the opening of the hearing.
Congress voted to impeach Castillo, a former teacher from a peasant farming family, earlier in March over corruption allegations. He has denied the allegations and blamed them on economic groups seeking a “coup” against his government. 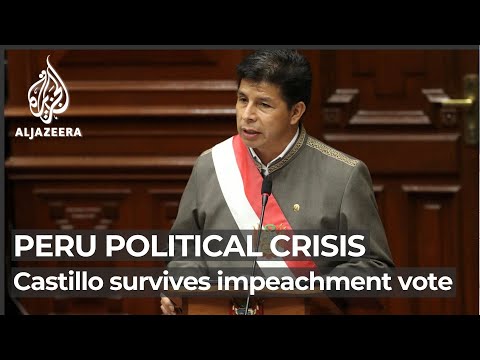