BIDEN ANNOUNCES HISTORIC DEFENSE SEC. NOMINATION: President-elect Joe Biden and VP-elect Kamala Harris formally announce the nomination of retired four-star General Lloyd J. Austin III to serve as secretary of defense. If confirmed, Austin would be the first Black official to hold the position, continuing Biden’s campaign promise to build a cabinet that ‘looks like America.’ A former commander in Iraq, Austin served as the only Black American to head the U.S. Central Command and was responsible for efforts in Iraq, Afghanistan, Yemen, and Syria. During the Obama administration, Biden and Austin worked together closely as Biden spearheaded policy in Iraq while Austin also oversaw the logistical challenges of withdrawing U.S. combat forces in 2011.

His nomination has sparked some concerns from national security and defense experts, highlighting the importance of having the department overseen by civilians, not military personnel. Former Acting Assistant Secretary of Defense Rep. Elissa Slotkin tweeted that, though she has ‘deep respect’ for Austin, ‘the job of secretary of defense is purpose-built to ensure civilian oversight of the military… after the last 4 years, civil-military relations at the Pentagon definitely need to be rebalanced.’ Additionally, after retiring, Austin joined the board of directors of Raytheon Technologies, one of the top defense manufacturers, contractors, and arms suppliers in the world. Austin’s predecessor, Mark Esper, nominated by Trump in 2019, faced criticism for his connection to Raytheon after serving as a lobbyist for the company, which receives billions of taxpayer dollars annually.
» Subscribe to NowThis: http://go.nowth.is/News_Subscribe
» Sign up for our newsletter KnowThis to get the biggest stories of the day delivered straight to your inbox: https://go.nowth.is/KnowThis 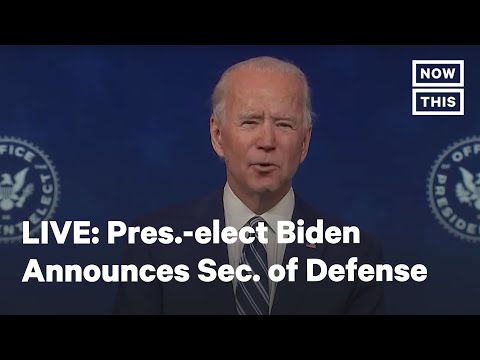