BIDEN SPEAKS ON NATIONAL SECURITY: President-elect Joe Biden and VP-elect Kamala Harris deliver remarks in Wilmington to discuss their administration’s national security and foreign policy agendas and challenges. The remarks follow a briefing from members of their national security team and other defense officials ‘on their findings and key challenges that the Biden-Harris administration will inherit.’ Biden will discuss his approach to foreign policy that veers away from Pres. Trump’s ‘America first’ mindset and focuses on rebuilding relationships with global allies.

In the past month, Biden and Harris have announced nominees for key members of their national security and foreign policy teams. Retired four-star General Lloyd J. Austin III has been nominated to serve as secretary of defense, and if confirmed, Austin would be the first Black official to hold the position; former Deputy Sec. of State during the Obama administration Antony Blinken has been nominated for Secretary of State; former Sec. of State John Kerry has been named to serve as Special Presidential Envoy for Climate, a newly created position on the National Security Council; and former Assistant Sec. for the Bureau of African Affairs during the Obama administration, Linda Thomas-Greenfield has been nominated to serve as U.S. Ambassador to the United Nations. Other historic choices include Alejandro Mayorkas, who would be the first immigrant and Latinx American to serve as Secretary of Homeland Security, and Avril Haines, who would be the first woman to serve as Director of National Intelligence.
» Subscribe to NowThis: http://go.nowth.is/News_Subscribe
» Sign up for our newsletter KnowThis to get the biggest stories of the day delivered straight to your inbox: https://go.nowth.is/KnowThis 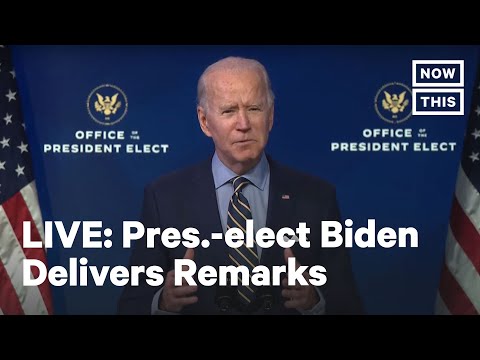