BIDEN NOMINATES BUTTIGIEG FOR CABINET POSITION: President-elect Joe Biden and VP-elect Kamala Harris formally announce the nomination of former Mayor Pete Buttigieg to serve as secretary of transportation. Buttigieg would be the first openly LGBTQ+ confirmed by the Senate to be a Cabinet secretary in American history.

A top presidential contender, Buttigieg was seen as a younger alternative to Biden, with whom he shares many of his moderate views. Buttigieg immediately endorsed Biden after suspending his campaign earlier this year. ‘When I ran for president, we made it clear that the whole idea was about rallying the country together to defeat Donald Trump and to win the era for the values that we share,’ Buttigieg said in March. ‘And that was always a goal that was much bigger than me becoming president and it is in the name of that very same goal that I am delighted to endorse and support Joe Biden for president.’

News of his expected nomination has been met with mixed feedback. As mayor of a city with a population of a little over 100,000, Buttigieg has little experience with transportation on a massive scale, as he previously oversaw fewer than two dozen bus routes in South Bend, Indiana. Progressive groups have also been outspoken about his history consulting with McKinsey & Company, and his background on civil rights and addressing systemic racism while serving as mayor. However, others support his choice to fulfill Biden’s promise of building a Cabinet that ‘looks like America.’ Alphonso David, president of the Human Rights Campaign, said in a statement that Buttigieg’s ‘voice as a champion for the LGBTQ community in the Cabinet room will help President-elect Biden build back our nation better, stronger and more equal than before.’
» Subscribe to NowThis: http://go.nowth.is/News_Subscribe
» Sign up for our newsletter KnowThis to get the biggest stories of the day delivered straight to your inbox: https://go.nowth.is/KnowThis 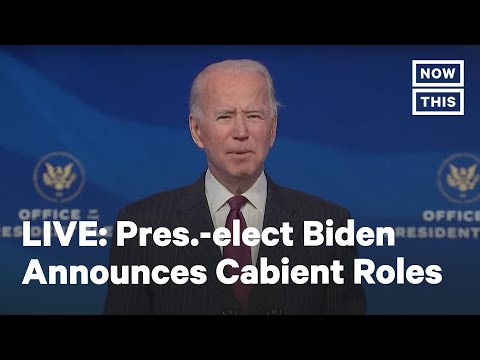