» Subscribe to NowThis: http://go.nowth.is/News_Subscribe
» Sign up for our newsletter KnowThis to get the biggest stories of the day delivered straight to your inbox: https://go.nowth.is/KnowThis

TRUMP RALLIES AFTER SCOTUS PICK: Pres. Trump is in Middletown, Pennsylvania where he is holding a ‘Great American Comeback’ event. Earlier this afternoon, Trump announced that he has chosen Amy Coney Barrett to fill the Supreme Court vacancy left by death of Ruth Bader Ginsburg. Trump previously nominated her as a federal judge in 2017 even though she had no prior judicial experience. She could be the deciding vote in overturning Roe v. Wade and invalidating the Affordable Care Act. The Washington Post’s Seung Min Kim reports that Senate Majority Leader Mitch McConnell has already proposed that confirmation hearings begin on October 12, or just 16 days between nomination and a hearing. ‘Since 1990, the average number of days from nomination to hearing for Supreme Court nominees was 50 days,’ she wrote. Nevertheless, McConnell said in a statement that he hopes ‘all 100 Senators will treat this serious process with the dignity and respect it should command.’ McConnell and Senate Republicans applied a different standard in 2016, when they blocked President Obama’s nomination of Merrick Garland with 230+ days to go before an election. Just 38 days are left before Election Day 2020, though many states have already begun to submit their ballots. 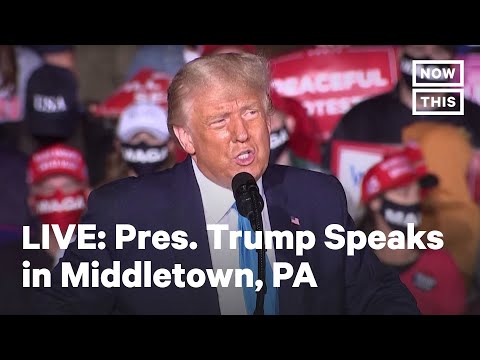 » Subscribe to NowThis: http://go.nowth.is/News_Subscribe » Sign up for our newsletter KnowThis to get the biggest stories of the day delivered straig...