At least two people have been killed and more than 300 injured as protests in Tripoli, Lebanon, entered their 4th day. Thousands have taken to the streets in the northern Lebanese city, protesting a recent national COVID-19 lockdown that began in early January.
» Subscribe to NowThis: http://go.nowth.is/News_Subscribe
» Sign up for our newsletter KnowThis to get the biggest stories of the day delivered straight to your inbox: https://go.nowth.is/KnowThis

Human rights groups and protesters say the restrictions shut down the country with no economic safety net. A large portion of the Lebanese population earns its living on a day-to-day income, and more than 50% lives below the international poverty line.

On January 27, protesters were met with military personnel who reportedly opened fire on crowds, killing at least one. Another died from injuries reportedly sustained from security officials. The following night, protesters set fire to a local municipal building.

Even prior to the latest lockdown, the country has experienced more than a year of economic downturn, large-scale protests, and emigration. In August 2020, the capital city of Beirut was also the site of one of the largest non-nuclear explosions in world history. 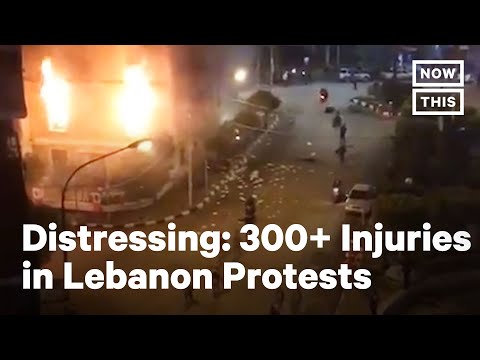 At least two people have been killed and more than 300 injured as protests in Tripoli, Lebanon, entered their 4th day. Thousands have taken to the str...