‘In this hearing you’re putting up a smokescreen to ensure that there is an advancement of Donald Trump’s dirty policies’ — Sen. Ed Markey pushed Trump’s pick to head the EPA on the global climate crisis.
» Subscribe to NowThis: http://go.nowth.is/News_Subscribe

President Trump has tapped Andrew Wheeler to replace Scott Pruitt as the head of the EPA (Environmental Protection Agency). At the Andrew Wheeler hearing this week, Senator Ed Markey pressed Wheeler on the issue of climate change and global warming. During the confirmation hearing, Markey used climate science to argue that there is a climate crisis despite protestations from Andrew Wheeler. Coal has been Wheeler's focus as a lobbyist. Senate hearings this week were held for Wheeler and Trump's attorney general nominee William Barr. 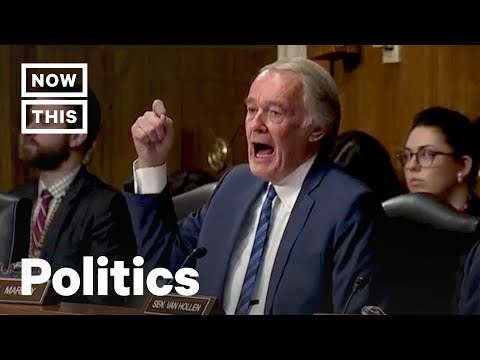 ‘In this hearing you’re putting up a smokescreen to ensure that there is an advancement of Donald Trump’s dirty policies’ — Sen. Ed Markey pushed Trum...