SENATE TO VOTE ON BIDEN’S DEFENSE SEC: The Senate is convening for a vote on the nomination of retired four-star General Lloyd J. Austin III to serve as secretary of defense. If confirmed, Austin would be the first Black official to hold the position. Since Austin retired from the military within the past seven years, both the House of Representatives and the Senate had to vote on a waiver to allow him to go against U.S. Code and lead the department. The vote passed in both chambers of Congress with significant bipartisan support.

Lloyd’s nomination sparked mixed reactions as national security and defense experts have highlighted the importance of having a civilian—not military personnel—oversee the department, which he addressed in his testimony earlier this week. ‘Let me say at the outset, that I understand and respect the reservations that some of you have expressed about having another recently-retired general at the head of the Department of Defense,’ Austin said. ‘The safety and security of our democracy demands competent civilian control of our armed forces. The subordination of military power to the civil.’
» Subscribe to NowThis: http://go.nowth.is/News_Subscribe
» Sign up for our newsletter KnowThis to get the biggest stories of the day delivered straight to your inbox: https://go.nowth.is/KnowThis 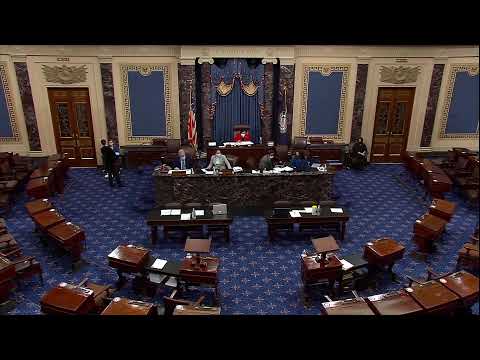 SENATE TO VOTE ON BIDEN’S DEFENSE SEC: The Senate is convening for a vote on the nomination of retired four-star General Lloyd J. Austin III to serve ...