Islamabad, Pakistan – Pakistan’s parliament has elected Shehbaz Sharif as the country’s new prime minister following the weekend removal of Imran Khan in a vote of no confidence.

Ahead of the vote on Monday, lawmakers from Khan’s Pakistan Tehreek-e-Insaaf (PTI) party resigned en masse, boycotting the election of Sharif, the younger brother of three-time Prime Minister Nawaz Sharif.

A swearing-in ceremony is due to be held later on Monday.

The vote was held under tight security, with nearly all roads leading to the National Assembly sealed.
Al Jazeera's Osama bin Javaid reports from Islamabad. 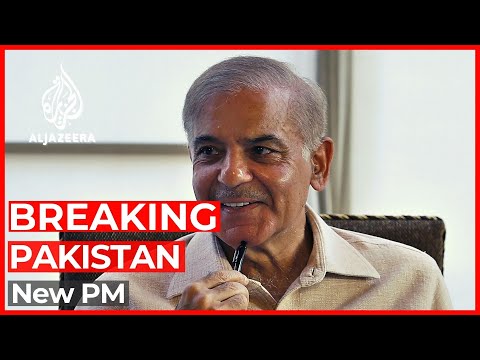