Sir The Baptist's music strives to combine both spiritual and secular messages. Chicago native William James Stokes is the son of a Baptist preacher dad and a missionary mom; he grew up steeped in gospel and started playing piano at the age of six. A brief stint at an ad agency found him dabbling with a straight career, but he left the job when he was 26 to chase his musical dreams. That leap of faith paid off - “Raise Hell” earned itself an Impact Track of the Year nomination at the 2016 BET Hip Hop Awards. He kept the recognition rolling at high-vis gigs last year, landing a JAY-Z co-sign following a set at Hova's Made In America fest. And other stars are down, too. STB's 'Saint Or Sinner' debut has features from Killer Mike, Ray J, and Brandy. In our “Vevo Meets” session, he talks about his influences, the first album he bought, and much more.

Sir The Baptist on Vevo: https://www.vevo.com/artist/sir-the-baptist 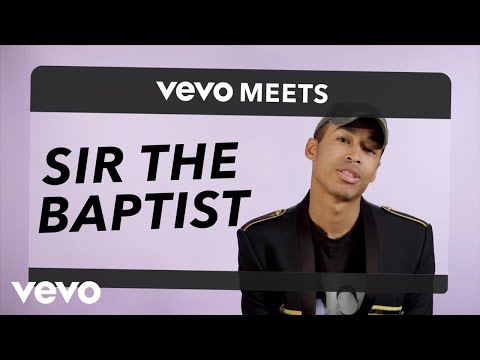