Kakuma, Kenya - Thousands of South Sudanese have fled the civil war in their home country to become internally displaced or to seek shelter in refugee camps in northern Kenya.

But despite facing difficult conditions in the camps and with little to call their own, this week's announcement that a ceasefire had been reached to stop the fighting in South Sudan is small comfort to many.

Helen Gune's husband and brother were killed in the fighting. She now takes care of her brother's eight children, as well as five children of her own.

"It's very hard for me. I'm the only person now to take care of these children. I don't know whether peace will come or not. I'm not hopeful any more," she told Al Jazeera from Kakuma refugee camp in northern Kenya.

Warring parties in South Sudan signed a ceasefire deal on Thursday which will allow humanitarian access to civilians caught in the fighting.

The agreement, which is expected to go into force on December 24, calls for an unconditional end to the violence and unhindered access for aid workers to all areas throughout the country.

Signed in the Ethiopian capital, Addis Ababa, the ceasefire aims to revive a 2015 peace deal that collapsed last year after heavy fighting broke out in Juba, Reuters news agency reported.

South Sudan has been mired in violence since a political rift between President Salva Kiir and his former Vice President Riek Machar erupted into full-blown war in late 2013, shortly after the country gained its independence.

Moussa Faki, chairman of the African Union Commission, said signing the ceasefire was "just a small first step", according to Anadolu news agency. 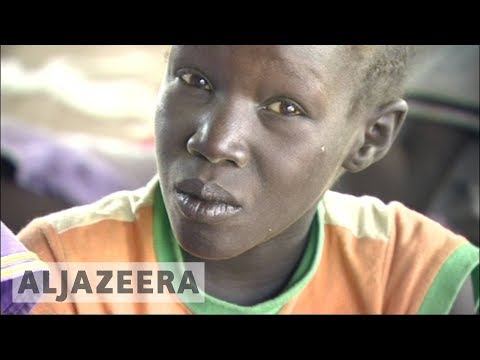 Kakuma, Kenya - Thousands of South Sudanese have fled the civil war in their home country to become internally displaced or to seek shelter in refugee...