PELOSI SPEAKS AFTER ATTACK ON THE CAPITOL: In the early hours of Thursday morning—despite efforts by a pro-Trump mob of rioters that forced its way into the U.S. Capitol to disrupt proceedings, followed by hours of contested floor debate—Congress upheld the democratic process and affirmed Joe Biden as the official President-elect of the United States. Following Congress’ certification, Pres. Trump put out a statement saying he would comply with the transition. ‘Even though I totally disagree with the outcome of the election, and the facts bear me out, nevertheless there will be an orderly transition on January 20th,’ the statement read.

Speaker Nancy Pelosi is speaking to the press now, where she will comment on the domestic terrorist attack on the nation’s capitol and the GOP members of Congress who, even after the violence and chaos, still pushed forward with seeking to overturn election results. Multiple Democratic members of Congress have already announced actions that they will take to address the attacks. Freshman Rep. Cori Bush will introduce legislation calling for the expulsion of the GOP representatives who ‘incited’ the violence at the Capitol, Rep. Ilhan Omar said she is drafting up articles of impeachment for Trump, and every Democratic member of the House Judiciary Committee has called in favor of invoking the 25th Amendment.
» Subscribe to NowThis: http://go.nowth.is/News_Subscribe
» Sign up for our newsletter KnowThis to get the biggest stories of the day delivered straight to your inbox: https://go.nowth.is/KnowThis 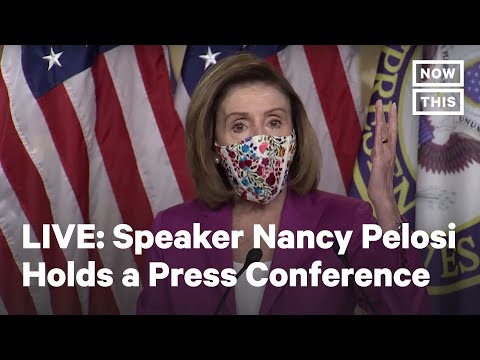 PELOSI SPEAKS AFTER ATTACK ON THE CAPITOL: In the early hours of Thursday morning—despite efforts by a pro-Trump mob of rioters that forced its way in...