This just in: Spider-Man is set to swing back into cinemas for an extra-special re-release. Sony Pictures announced on August 19th that Spider-Man: Far From Home will return to theaters over Labor Day weekend. Here's what you need to know about the re-release.

First and most importantly is the launch date. According to Variety, Spider-Man: Far From Home's re-release run will begin on Thursday, August 29th. It's not clear how long Far From Home will stick around in cinemas for its second outing, though it appears that it may be a one-weekend-only engagement. Spidey fans would be wise to clear their schedules from Thursday to Sunday just to be safe.

Sony has confirmed that those in the U.S. and Canada will be able to attend the Spider-Man: Far From Home re-release in standard-format showings as well as in IMAX and large-format screenings, available at select locations.

Viewers might want to spend a little extra money on an IMAX ticket for the re-release of Spider-Man: Far From Home because it will be an extended cut of the theatrical version of the film. Sony has included four minutes of additional footage not shown in the original cut of Far From Home. The studio is keeping quiet about what this extra footage entails, but we have a few ideas regarding what it might be.

The four minutes reportedly make up a single scene, with Collider's Steve Weintraub speculating that this sequence will take place ahead of the main action of Spider-Man: Far From Home. Weintraub has good reason to suspect that, after speaking with the director of Far From Home, Jon Watts, in a recent interview in which Watts opened up about the scenes left out of the theatrical cut of the movie.

Watts explained that one deleted scene involves Tom Holland's Peter Parker running around New York and completing errands before jetting off to Europe:

"There's just this very simple thing where we had Peter doing errands, getting ready for his trip. And it's going back to Mr. Delmar's, the deli, that's been rebuilt since it was blown up in Homecoming. And he has this very Spider-Man list of things to do. It's like get his passport, get the dual head phone adapter so he can listen to music with MJ on a flight, take down a giant gang." 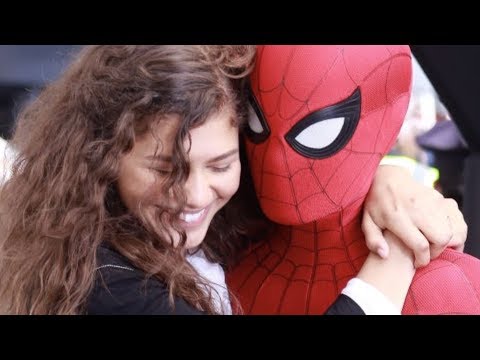 This just in: Spider-Man is set to swing back into cinemas for an extra-special re-release. Sony Pictures announced on August 19th that Spider-Man: Fa...