Star Wars Slip Up Uncovers The Truth Behind Dark Rey

Did the official Star Wars website accidentally spoil a plot point in The Rise of Skywalker? It sure looks that way.

In the newest available footage from the film, first released at Disney's D23 Expo on August 24 and then released online August 26, Rey is briefly seen cloaked in a black robe with a stern look on her face as she brandishes a double-bladed red lightsaber. Her pale skin, rigid movements, attire, and new weapon of choice that calls to mind the saber that Darth Maul wielded all fueled what has become a popular fan theory about "Dark Rey": she's a vision of a possible future.

Fans thought they would only be able to confirm or cancel out that theory by watching The Rise of Skywalker in theaters, but on August 27, eagle-eyed Star Wars enthusiasts spotted a slip-up published on the franchise's website.

Just after Lucasfilm took the stage at D23 to talk all things Rise of Skywalker, StarWars.com ran a news piece breaking down what was shown at the presentation. The final paragraph focused on the new Rise of Skywalker footage, highlighting Dark Rey. One Redditor grabbed a screenshot of the first version of the post on StarWars.com, which read in part,

"The wise words were also part of the first trailer for the film, but the new footage, including a moment where Rey appears to toss a fully-ignited lightsaber, and of course the vision of Rey with a reticulated red blade, was nothing short of thrilling."

On one hand, it could be taken as an accidental leak. Maybe the StarWars.com staff had some inside information, and that top-secret intel slipped through the cracks and made its way into the published version of the article. If that's the case, it likely wasn't intentional, but the slip-up is pretty big.

On the other hand, this could just be an unfortunate phrasing. Star Wars secrets are usually kept more secure than John Wick's stash of weapons, so it seems pretty unlikely that the StarWars.com editorial team would be privy to plot details that the general public isn't. As many Redditors have noted, the writer was possibly thinking more of the definition of "sight" when writing the post, but used the synonym "vision." It's plausible that the writer was merely trying to speak about the appearance of Dark Rey, rather than imply something plot-related. Keep watching the video to see more of how the Star Wars slip up uncovers the truth behind Dark Rey!

Star Wars Slip Up Uncovers The Truth Behind Dark Rey 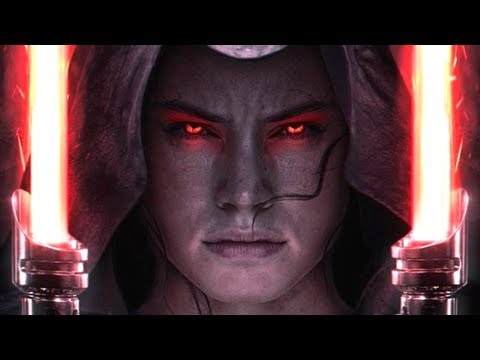