Steve Jobs' Former Publicist On How He Controlled Apple's Image

Andy Cunningham is Steve Jobs' former publicist and the author of "Get to Aha: Discover Your Positioning DNA and Dominate Your Competition." Here, she discusses Steve Jobs' "reality distortion field" and how he employed it to enhance Apple. Following is a transcript of the video.

Andy Cunningham: So, Steve Jobs often used the phrase “reality distortion field” and others used it to describe the environment in which he operated and it actually applies to a number of different ways that Steve behaved.

I’m Andy Cunningham and I'm president and founder of a marketing consulting company called Cunningham Collective and I've just written a book called “Get to Aha” about positioning.

She was also Steve Jobs' publicist.

The first and I think foremost way is that it was all about his belief that the impossible was possible. So when you worked with Steve Jobs everything that seemed impossible he made possible or he made you make it possible which is even more important and that became part of the reality distortion field. So that was the really the biggest part of that, was making the impossible possible.

Steve Jobs was a real fan of the top-tier business press. So he loved Fortune, Forbes, Wall Street Journal, New York Times, Businessweek, Time Magazine a little bit, and of course the major television stuff he was a big fan of, although he was not very good in front of a camera. So working with him was kind of a challenge in getting him prepared for these interviews, he was very touchy about the photographs so you couldn't actually take too much time with a photo. It had to be quick, it had to be fast, and he had to like the photographer. And if he didn't like the photographer they were pretty much dismissed from the room and we had to get another photographer back in.

I remember one time, in particular, we were in a hotel room in New York at the Carlyle Hotel. After having spent half the night rearranging the furniture and bringing a piano in and bringing in all kinds of special flowers and special food, we had, I believe it was Fortune Magazine was doing a photo shoot with him and he wanted to listen to Michael Jackson while this photo shoot was going on. So we had an old cassette player ‘cause this was the 80s after all, and during only one song would he actually behave and that was “Billie Jean.”

So every time he was supposed to pose for the camera he wanted to hear the “Billie Jean” song, so I would have to push the button and and we’d hear “Billie Jean” and he would behave and he’d pose and he’d do a great performance for the photographer and as soon as the song was over with, he would be back snarling and grimacing and not doing anything he was told to do. So I had to rewind, rewind, rewind, go back to the beginning of the song and he would behave again. And that's how we spent about an hour and a half.

Steve Jobs' Former Publicist On How He Controlled Apple's Image 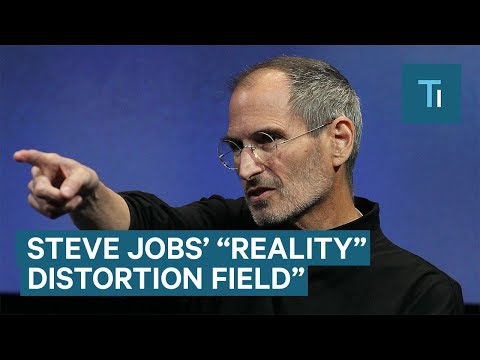 Andy Cunningham is Steve Jobs' former publicist and the author of "Get to Aha: Discover Your Positioning DNA and Dominate Your Competition."...