North Korea is a strange and insular place, and as outside observers many of their rules and regulations seem a bit odd to us to say the least. On paper, North Korea is a democracy, but in practice, well, let’s just say don’t get too excited about the fact that 99.7% of all their citizens show up to vote. It’s normal for a country to revere its leaders, but North Korea takes this to the extreme, such as when Kim Jong-un literally cancelled Christmas and instead everyone celebrate his grandmother’s birthday instead. Mandatory television watching doesn’t sound so bad, until you remember that this is North Korea we are talking about and all there is to watch is propaganda, propaganda, and more propaganda. They claim to be an atheistic country, yet they command the worship of former leader Kim Il-sung to the point where people are required to have pictures of him inside of their homes. Not only that, but they are required to thank him for all of their meals before they get the chance to dig in. If you choose to get married, or if your family chooses for you, you’ll even get to say your vows in front of a statue of him. Life is harsh for the people of North Korea, but even more so if you have any sort of genetic abnormality, such as dwarfish. If you do, you may end up entirely isolated from everyone else under the guise of “safety.” 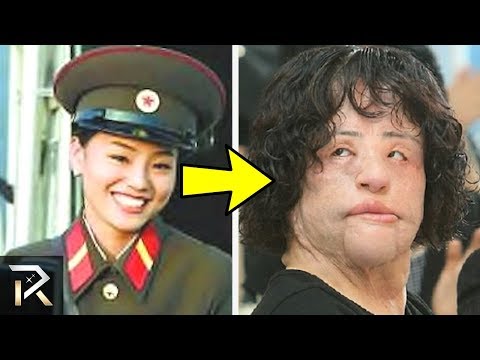 Try out ThePremium Network for free: http://goo.gl/SLTq4U SECRETS North Korea Doesn't Want You To Know Subscribe to our channel: http://goo.gl/9CwQhg ...