Ghouta in one of the last remaining rebel strongholds, besieged by government forces since 2013.

The siege has caused severe food and medical shortages for about 400,000 Syrians trapped there.

Now, after long negotiations, twenty-nine critical cases have been approved for medical evacuation. So far, four of those patients have been taken to hospitals in Damascus.

Warning: some of the images you are about to see are graphic and may be disturbing to some viewers. 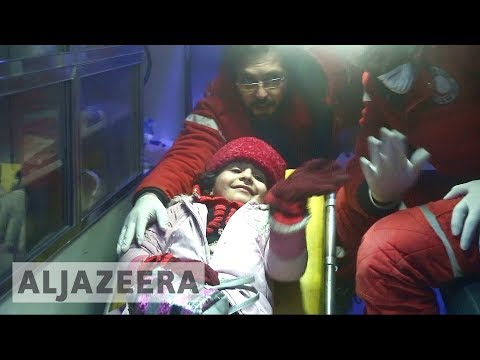 Aid workers have begun evacuating critically ill patients from Eastern Ghouta in Syria's capital, Damascus. Ghouta in one of the last remaining rebel ...