The Taliban has taken another step in its transition from militant force to governing power in Afghanistan, naming Mullah Mohammad Hassan Akhund as acting prime minister of the country’s caretaker government. At a press conference in Kabul on September 7, 2021, a Taliban spokesman also announced that the group’s co-founder Abdul Ghani Baradar will be next in line. Baradar, who oversaw the signing of the US withdrawal agreement, will be deputy prime minister, a role Hassan held when the Taliban was last in power in 1996-2001 before the US invasion. Despite promises that it would form a more moderate and inclusive government, the Taliban named hardliners to the top posts and appointed no women. Fighters from the Islamist hardline movement entered Kabul on August 15, seizing control of the country after the pull-out of American forces. 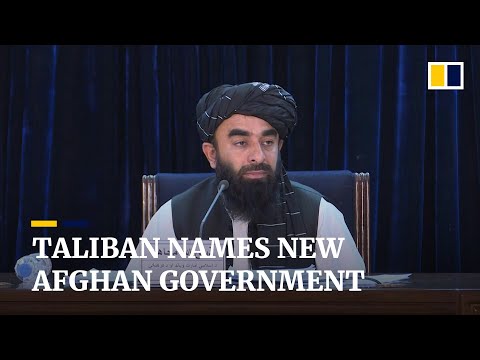 Subscribe to our YouTube channel for free here: https://sc.mp/subscribe-youtube The Taliban has taken another step in its transition from militant for...