In a TV interview on August 17, 2021, the Taliban declared an “amnesty” across Afghanistan and said the group is ready to provide women with an environment in which they can work and study. The statement stood in contrast to the Taliban movement's rule from 1996 to 2001, when women were deprived of many basic rights. Under Taliban rule two decades ago, women were not allowed to work or go to school. They also could not travel unaccompanied by a male relative and they had to cover their faces while out in public. Those accused of breaking the rules faced serious punishment and torture, including public beatings and executions. Taliban forces gained control over Afghanistan as the US withdrew its forces ending a 20-year military presence that started after the September 11, 2001, attacks on New York and Washington. 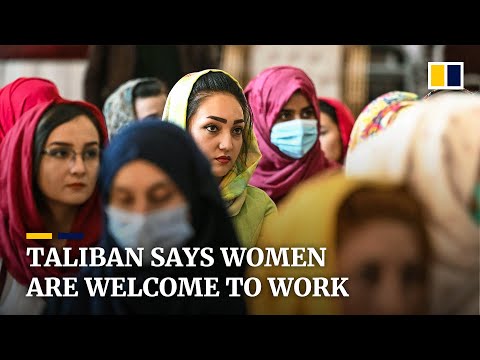 Subscribe to our YouTube channel for free here: https://sc.mp/subscribe-youtube In a TV interview on August 17, 2021, the Taliban declared an “amnesty...