Talk to Al Jazeera - Ibrahim Halawa: I woke up to the sound of torture

Ibrahim Halawa was arrested by Egyptian security forces in August 2013, when he was just 17 years old.

That summer, the political temperature in Egypt had reached fever pitch. The army, headed by Abdel Fattah el-Sisi, was preparing to overthrow President Mohamed Morsi and terminate the revolutionary changes that brought an end to the autocratic rule of Hosni Mubarak.

Halawa had travelled to Egypt to spend time with extended family. When the Irish teenager got caught up in political protests, he was arrested. The Irish embassy initially assured him and his family that he would be on the first plane out.

Instead, Halawa was kept in prison for four years.

When Halawa was moved to a different prison, he realised he would be staying longer.

"I was put in a cell. No electricity, no windows, no ventilation ... Every day, 7am, I would wake up to the noise of screaming and torture. I didn't know where it was, what it was coming from, but there were at least about 30 individual men screaming."

Halawa's sister Fatima, along with two other sisters, was arrested on the same day as Ibrahim. They were released on bail a few months later and returned to Ireland.

Once home, they began campaigning and lobbying tirelessly to free their brother.

"Ibrahim is our younger brother ... there's been so many injustices that's happening to so many other people that at some stage you do wonder and you do think, what if Ibrahim doesn't get out?"

Following a series of hunger strikes, a major family-led campaign and intervention by the Irish government, 21-year-old Ibrahim Halawa was finally acquitted in September.

Ibrahim, Fatima and Ibrahim's school friends talk to Al Jazeera about the events leading up to his arrest - and the four-year-long process to get him back on Irish soil.

Talk to Al Jazeera - Ibrahim Halawa: I woke up to the sound of torture 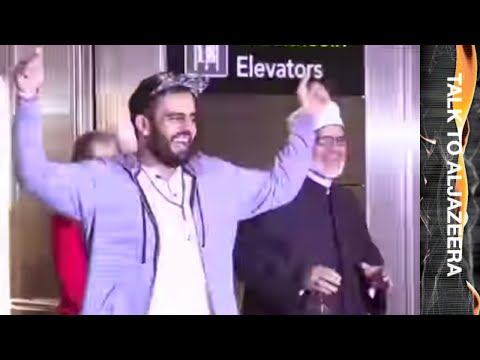 Ibrahim Halawa was arrested by Egyptian security forces in August 2013, when he was just 17 years old. That summer, the political temperature in Egypt...