Human rights activist Nadezhda Kutepova first realised there was something different about the town where she lived when she was on a school trip outside of Ozersk. Her and the other children were prevented from telling people where they were from.

"I began to think that [there's] something special [about] our place, but I didn't know what exactly," she says.

Codenamed 'City 40', Ozersk in Russia's southern Urals houses the Mayak plant, which is the birthplace of the Soviet Union's nuclear weapons programme.

Ozersk was built in secrecy for Mayak's workers and scientists after the second world war. For decades, the city did not appear on maps and its inhabitants' identities were erased from the Soviet census.

Today the plant reprocesses spent nuclear fuel, but half a century ago, Mayak suffered from what is thought to be the world's third-worst nuclear accident that was covered up until the 1980s.

Vast areas of land were contaminated, including Ozersk.

Nadezhda Kutepova's father and grandmother died of cancer, as did many others in the city as a result of long-term exposure to radiation.

Still, many people stayed in the closed city.

"During Soviet times we were like a state inside a state. We always were under leadership of Moscow and we had a good quality of life, which was a big contradition with the people who were living around on the contaminated area because they were really poor," says Kutepova.

"You can imagine the closed city like a bottle of glass with a roof and there's a picture around. People who are inside, they see the picture that is around and the government just opens this bottle and gives you the food and then closes it. So we're a little bit isolated [from] society."

Kutepova campaigned for the truth to come out and for compensation for Ozersk's residents, but fled to Paris after she was accused of being a traitor.

"I felt myself like a traitor of people, because many people in the region connected me with their hopes on justice," she says.

Today, she continues to campaign from France. She is wary that her old hometown is still far from safe.

"Every day when I go to sleep I think about Mayak and 'my dear God, save Mayak'," she says.

"Part of [the] equipment [is] really old ... commercial interest is much higher than the interest in nuclear safety and nuclear security. I think [it] can give us a new nuclear accident." 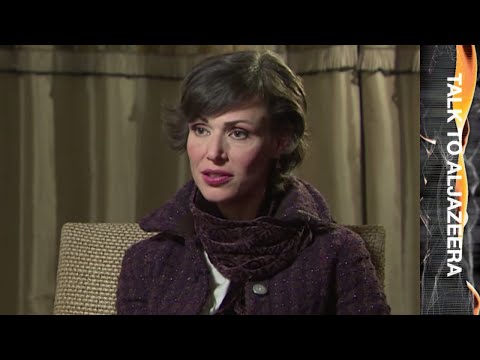 Human rights activist Nadezhda Kutepova first realised there was something different about the town where she lived when she was on a school trip outs...