Earlier this year, astronomers discovered what they think could be the first-ever-observed interstellar object. Chances are that it's an asteroid from another star system. But the unusual looking object has caught the attention of experts at Breakthrough Initiatives, which is on a mission to discover the first extraterrestrial intelligence beyond Earth. Experts are now using the Robert C. Byrd Green Bank Telescope to take a closer look. Following is a transcript of the video.

Breakthrough Initiatives is searching for intelligent life beyond Earth. The $100 million mission now has an unusual object in its sights. The object is called Oumuamua. Its thin, sleek shape is unlike anything ever seen before, which led astronomers to think it came from another star system. Its shape also has experts at Breakthrough intrigued. They say it's exactly what an alien spaceship might look like.

So, Breakthrough has decided to take a closer look, with radio telescopes on Earth. Oumuamua is currently about 186 million miles from Earth. That's twice the distance from Earth to the Sun. If the object is emitting any radio signals the telescope will detect the emissions in less than a minute. The chances that Oumuamua is an alien spacecraft are slim. More likely, it's an asteroid.

Either way, Breakthrough's mission will provide new information. It's expected to shed light on Oumuamua's chemical makeup. But Breakthrough will have to work fast. Astronomers predict that Oumuamua will leave our solar system in January 2019. 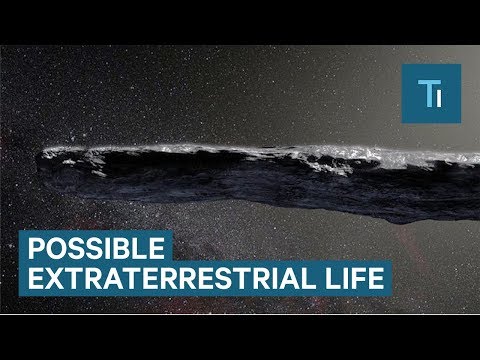 Earlier this year, astronomers discovered what they think could be the first-ever-observed interstellar object. Chances are that it's an asteroid from...