The goldilocks price of oil - Counting the Cost

The price of crude and reducing output are things that OPEC and its allies had to discuss again this week in Vienna.

Since agreeing on production cuts of about 1.8 million barrels a day, the group of oil-producing countries has succeeded in boosting the oil price by almost a third, back to above $60 a barrel.

And, although they agreed to maintain global oil production cuts until the end of 2018, the "goldilocks" debate continues, with an oil price that's just right for some being too high or too low for others.

Paul Brennan reports from Vienna, and Manouchehr Takin, a global oil and energy consultant, joins Counting the Cost from London.

Takin explains that OPEC, and the oil industry, in general, have always tried to find the right balance. He believes that output curbs were having the desired effect on the market and the oil price.

"But since the beginning of this year, the producers... joined forces and they reduced the supply... and although observers were sceptical and negative in the beginning, they all agree now... that this group of OPEC and non-OPEC producers have been relatively disciplined... so prices have improved."

Asked about the effect on consumers, he believes that "there are two important aspects. One is the price of crude in the international market..., but another factor is the taxation on petroleum products. So we are talking about consumers taking their cars to the petrol station to fill their tanks, they are paying in some cases 70 or 80 percent tax to their own governments.... so I think the consumers would benefit when the price of crude comes down. But not to the extent that the price has fallen from 115 to about $50-60. No, they are paying more taxes. So, as far as the consumer is concerned, in London, for example, the price hasn't gone down that much."

It's been a rollercoaster week for bitcoin, which saw values soar past an all-time high of $11,000.
But then they dramatically reversed.

Bitcoin and bubble are now two words that most people use when describing the cryptocurrency.

Skeptics say its value bears no relation to the real financial market or the economy, while bitcoin believers say it's the future of finance.

We look at the psychology behind things like tulip mania, and ask if the current bitcoin craze is indeed a bubble waiting to burst.

Digital analyst and blogger Matthew Knight discusses bitcoin and explains how phones and tech are being used to drive the cryptocurrency craze.

Also on this week's show:

At the EU-Africa Summit, African and European Union leaders have condemned the refugee slave trade in Libya. But there are still no details on how to stop the people smugglers. Natacha Butler reports from Abidjan.

The goldilocks price of oil - Counting the Cost 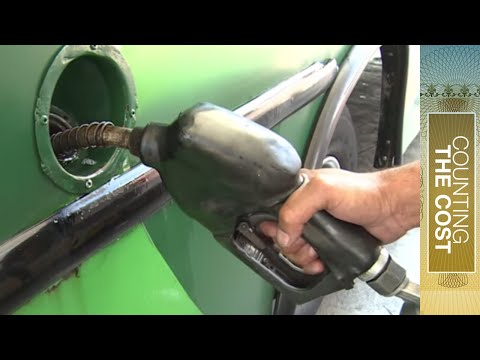 The price of crude and reducing output are things that OPEC and its allies had to discuss again this week in Vienna. Since agreeing on production cuts...