In this News Special, Al Jazeera will examine why this moment - when Donald Trump unilaterally recognized Jerusalem as Israel's capital - pitted America against some of its own allies. And why the Palestinians now say the US can no longer have a role in the peace process.

It's a move that has made millions of people demand the US reverse its decision. From Asia to Europe, Africa to the Middle East, a feeling of unity and resistance.

And on the ground in the occupied territories, Palestinian resilience meets Israel's disproportionate force.

We look into why Jerusalem is central to the history of Israel's illegal occupation.

From north to south, east to west, the land is considered holy to billions; more than half of the world's population. We'll take you on a tour across the country - through the holy sites, past the checkpoints, and over the wall that separates families.

And, on this sacred eve when many people believe Jesus Christ was born, we find out the hopes and dreams of people living in the Holy Land, and explore what the future holds for a conflict that touches millions across the world. 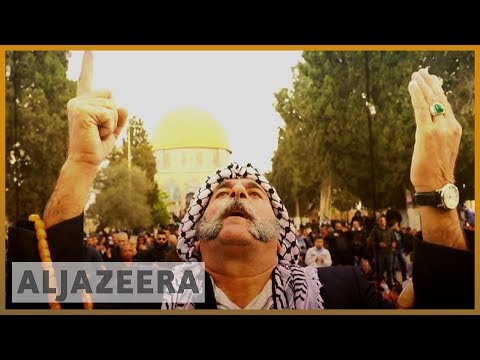 In this News Special, Al Jazeera will examine why this moment - when Donald Trump unilaterally recognized Jerusalem as Israel's capital - pitted Ameri...