The Hound Is More Important Than You Realized In GOT

Obviously, anyone still breathing in the final season of Game of Thrones is going to have a pretty huge impact on the story, but one man, Sandor Clegane, might end up being a little more than just another tough guy with a sword. This is why the Hound might be more important than you realized.

One of the reasons the Hound has become such a fan favorite over the years is that he's eminently relatable — in a world of dragons, ice zombies, and Machiavellian sociopaths, the only thing he really believes in is himself and his sword. But as the show has ramped up its fantasy tropes from the relatively grounded early episodes, the Hound's continuing atheism has become more and more of an important plot point.

After his near-death experience at the hands of Brienne in season four, the Hound recuperated under the watchful eye of Brother Ray.

Shortly after, Ray is brutally killed by roving members of the Brotherhood of Banners... because it is Game of Thrones, after all. Still, the Hound's brief connection with the man seems to have been setting up an about-face for the consistently amoral swordsman. After all, it's only after Ray's death that the Hound gets involved with the unkillable zealot Beric Dondarrion, which leads him into the path of the Night King and his unstoppable zombie army.

With Ray's religious teachings fresh in his mind, the show has primed us for a powerful moment when the Hound realizes there are things bigger than him in the world — and no, we're not just talking about this guy.

Between the books, the television show, and the many, many fan theories swirling around the plot and its characters, you'd be forgiven for losing track of some of the various prophecies floating about in the Game of Thrones universe. Still, there's at least one that you should definitely be thinking about before the final season hits. That would be the prophecy that concerns Azor Ahai, or the Prince That Was Promised. The basic gist is that Azor Ahai was a legendary swordsman who was able to forge a sword so powerful that it would routinely burst into flames. This hero eventually fought against, and defeated, a terrible darkness that threatened the entire world. Just about every character on the show has been theorized to be Azor Ahai reborn, although Jon Snow and Daenerys are two of the fan favorites by a mile. Keep watching to find out why the Hound is more important than you realized in GoT!

The Hound Is More Important Than You Realized In GOT 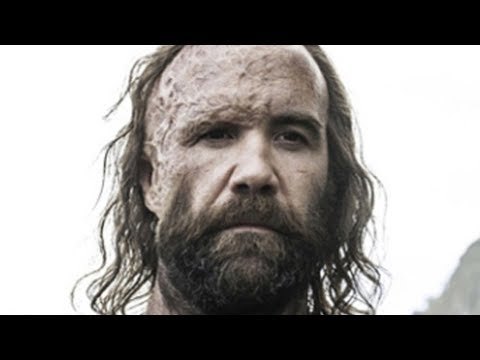 Obviously, anyone still breathing in the final season of Game of Thrones is going to have a pretty huge impact on the story, but one man, Sandor Clega...