The Latest Study On Marvel And DC Movies Is Very Telling

It appears that Marvel and DC fans have slightly different preferences when it comes to how they get their respective fixes.

A new survey conducted by streaming and cord-cutting news site Flixed examining the attitudes of Americans toward streaming vs. movie theater viewing revealed that Marvel Cinematic Universe aficionados are more likely than DC die-hards to catch the latest installment in the theater. The difference was relatively slight, but with millions upon millions of dollars at play each time a superhero tentpole picture hits screens, it still feels pretty significant.

Survey respondents were asked if they would consider catching the next installment of four popular franchises at home rather than in the theater, with those uninterested in any given franchise being excluded from the results. When it came to Mighty Marvel vs. the Distinguished Competition, 34 percent insisted that they would rather see the next MCU flick in the theater, as compared to 27 percent for the DC movie universe.

Again, those seven percentage points make a pretty big difference when you're talking about millions of moviegoers, and those numbers are suggestive of a couple different things. First, it's pretty obvious that Marvel Studios has utterly captured the hearts of fans, considering that a plurality of moviegoers of all ages would be willing to pay a premium to watch first-run films in the comfort of their homes. The fact that the next MCU movie, whatever it might be, would entice fully a third of those who want to see it to head out to the theater even if they had the option to watch at home is pretty impressive.

Second, the DC cinematic universe may have suffered a bit from the comparatively poor quality of its early offerings, but that doesn't mean that fans still aren't on board with what Warner Bros. and DC Films are cooking up next. With over a quarter of them preferring the theater experience over watching at home for the next installment, it's clear that there's still a great deal of goodwill toward the franchise; recent hits such as Aquaman, Shazam!, and Joker have probably helped quite a bit in this regard.

As for the other two franchises, 34% of interested moviegoers the same number scored by the MCU asserted that the next entry in the Disney-owned Star Wars franchise would be a must-watch in the theater. The final franchise in question: Warner Bros.-owned Harry Potter, which could draw 25% of its fans back to the theater with another installment.

These were just a few of the interesting tidbits of information yielded by the study, which took a broad view of the opinions of a wide cross-section of Americans regarding the convenience of streaming vs. the experience of theater viewing. Respondents were lumped into the categories of "Millennial," "Gen X," and "Baby Boomer" and if you think you've got each age range pegged, you're likely to be shocked at some of the results. Keep watching the video to see the latest study on Marvel and DC movies is very telling.

The Latest Study On Marvel And DC Movies Is Very Telling 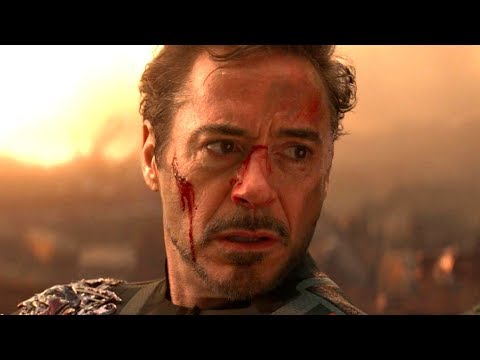 It appears that Marvel and DC fans have slightly different preferences when it comes to how they get their respective fixes. A new survey conducted by...